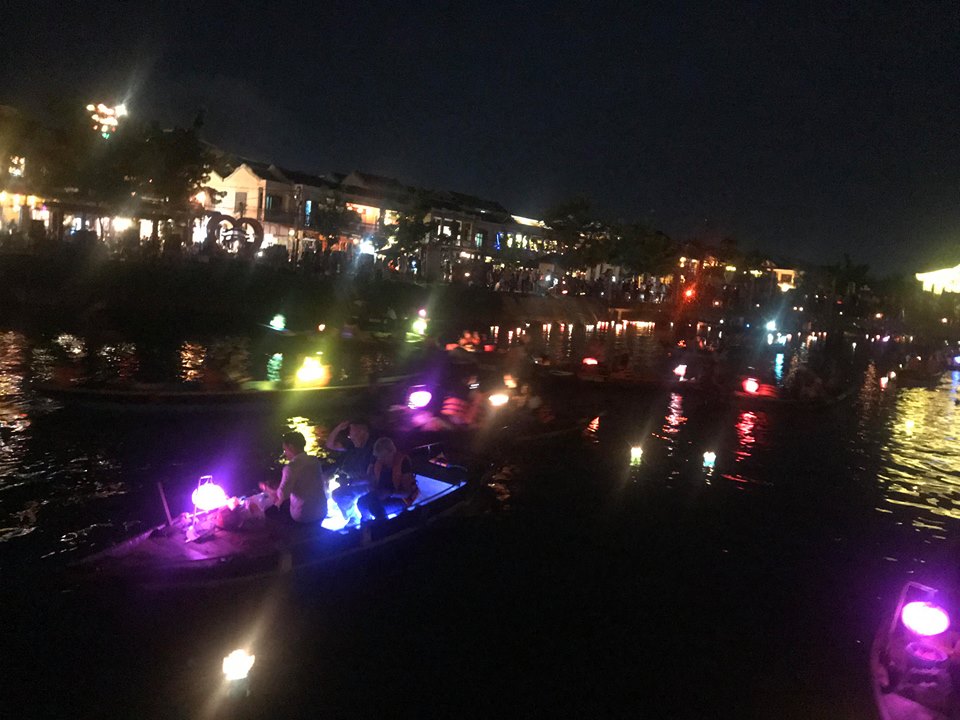 Saturday 25th August is also the Chinese Hungry Ghost Festival, this is the Buddhist Festival of All Souls or the Festival of Hungry Ghosts, when offerings are made until before the next New Moon (9th September) to spirits who have not yet found rest.

The Hungry Ghost Festival, also known as the Zhongyuan Festival, Takes place on the 15th day of the Ghost Month (which starts at a New moon), so it naturally co-incides with a Full Moon. This is the time when it was traditionally believed that the deceased would visit the living and are roaming in search of food, mischief-making and entertainment; hence it is sometimes referred to as the Chinese Halloween.

In many Far Eastern communities it is a time for big celebrations involving floating lanterns and feasts left out for the invisible visitors. The image to the right, taken by Amber Watkins, shows this year's Full Moon Lantern Festival in Hoi Ann, Vietnam, 25th August 2018.