Ancient Egyptian Ceremony of the Raising of the Djed Pillar, 5th September 2018 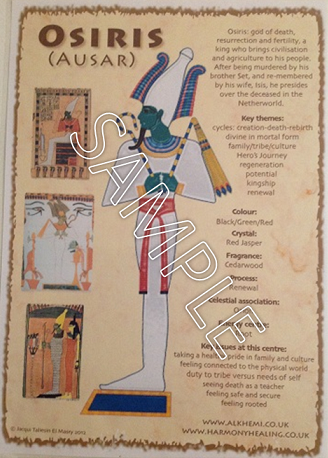 Wednesday 5th September is the Ancient Egyptian Ceremony of the Raising of the Djed Pillar.

The worship of the Djed pillar, and the annual 'Raising of the Djed' ceremony, is amongst the earliest ritualistic religious practices of ancient Egypt.  The Djed symbol is widely regarded as a religious icon, see omage of the Djed Pillar (right), symbolising stability, is by Jeff Dahl - Own work, CC BY-SA 4.0.

The Djed (sometimes spelt Tet) was stated to have arisen from the primordial mound of creation and Egyptologist Wallis Budge believed to be the backbone of the Egyptian god Wzr (also known as Asar or Osirus) although it's not clearly understood what it is meant to represent. A laminated poster of Wzr (Ausar, Osirus) by Jacqui Taliesin El Masri of Alkhemi.co.uk (as shown left) is also available from the Harmony Shop along with other Egyptian Deity posters by Jacqui.

Wzr was the Deity and guardian of the dead, the underworld (also called Amenti) and the afterlife.

The ancient illustrations below show the raising of the Djed ceremony, and may be representing the resurrection of Wzr following his assassination by his brother Set.  This took place before Wzr famously 'sired' Heru (Horus after subsequent Greek influence), leading to the resurrection and Immaculate Conception parallels with the later Christian story of Jesus.

Naturally the images have also led to speculation that the Raising of the Djed pillar is a metaphor for the erection of the male phallus.

The ceremony was sometimes associated with the earlier Deity Ptah, whose scepter was a cross between an ankh and the Djed symbol and Ptah was sometimes nicknamed the noble djed. Ptah was traditionally illustrated with blue skin and was the male aspect of the trinity (or triad) Ptah, Sekhmet and Nefertum (the child).  Ptah was a prominent Deity in the Memphis vicinity of Egypt.  Memphis, which was reputedly founded by Menes, and which is situated near the metropolis of Sakkara (about 12 miles/18km from present day Cairo) and was the Egyptian Capital City during the Old Kingdom (c3100-2258BCE).  Interestingly, Wzr is always shown with green skin.

According to some sources, over time Ptah slowly became assimilated with Wzr, who formed part of the Ennead (nine prominent Deities associated with one of the popular creation myths).