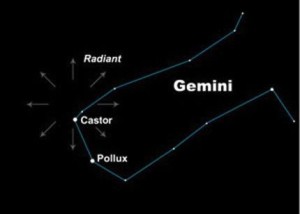 Thursday 13th - Friday 14th December. The Geminids are considered by many to be the best meteor shower in the heavens, and are known for producing multicoloured meteors 65% being white, 26% yellow, and the remaining 9% blue, red and green. Rates typically peak at 100-120/hour; this high activity lasts for several hours. It is certainly possible to see 80-100 Geminids in a single hour, but only from a dark site! With the recent New Moon, viewing could be excellent, weather permitting. The Geminid Meteor Shower is expected to peak in activity on the night of December 13th-14th, although some meteors should be visible from December 7th – 21st. The radiant point for this shower will be in the constellation Gemini. Best viewing is usually to the east after midnight; ideally at 02.00 GMT. With the New Moon on the 7th December, this will be the waxing Quarter Moon, so not too hampered by light pollution hopefully. However the Geminid meteors – like meteors in all annual showers – may appear in all parts of the sky.

Go to Earthsky Website for lots of additional information, from which this image was taken. 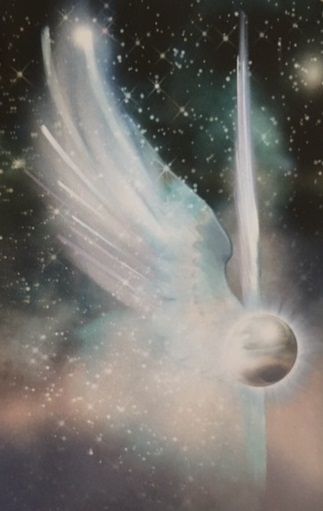 Zadkiel offers you a visionary flash of inspiration from the Sky.

Zikiel guides the comets and meteorites in their eternal passage through space, tracking man's galactic origins.

If you have a clear quartz, you can prgramme it with Zikiel's name and keep it with you to help capture any inspiration thoughts channelled from the heavens tonight and also to help your heart to make the right choices.