Friday 1st February & Saturday 2nd February is the Pagan Imbolc Ceremony, which is one of the four Great Celtic Festivals (between the Soltices and equinoxes), and which is a Wiccan, Gaelic and Druid Festival of Fertility and Growing Light. Imbolc (pronounced EE-molk) is the old Celtic word, the celebration is also known as Candlemas. 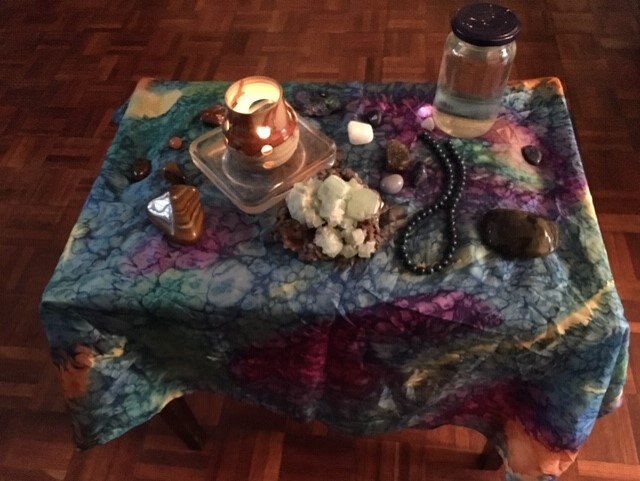 This morning, 9.30 - 11.30, four of us undertook a fire (invoking the Essene Angel Uriel) and water (invoking the Essene Angel Phuel) ceremony to bless some water from the Thames - and some local rain water. We had collected together a selection of crystals representing the elements fire and water, and made a little altar area using a coloured scarf. so We also performed a Druid Ceremony with the White Lady (another name for Bride/Brigid/Bridie) to bless the water. And at 4pm, I returned my river water to the Thames.