Tuesday 1st August (or 19th July according to other sources) marks the Ancient Egyptian New year, traditionally marked the start of the Nile flood, started by the tears of Aset (Isis) over the death of Asar (Osirus).  The exact correlation of the Egyptian New year to the modern calendar is disputed, but I favour the linking with the heliacal rising of Sirius (dawn visibility of Sirius) as this star, known to the Egyptians as Sopdet (pronounced Soppday) was closely associated with Aset.

In the Northern Hemisphere, this is also the Pagan Celebration of Lunasa, this is the start of the harvest, season of pregnancy, ripening, transformation and peace. This marks the height of the northern summer, when the Earth is most alive.

This year, Joanna is holding her London Angel & Goddess Meet-up at 7.30-9.30pm at the Pheonix Artist Club in London. She will be introducing the Egyptian Deities featured in the Ennead and the concept of Khemitology (Egyptology according to oral tradition elders and wisdom keepers).

See London Angel & Goddess Meet-up for details and to book.

Cost is £15 per person which includes a mini aura reading.

Thursday 3rd August is a Harmony Healing Past Lives Workshop.  Cost is £35.

Between this date and the next New Moon is considered as a good time energetically for detoxing the body.

Tuesday 8th August is The Lion's Gate.  August 8th (8:8 in numerology) has always been experienced as the Lions Gate doorway opening up a time portal to ancient Egyptian encodings situated between the Sphinx and the Great Pyramid of Giza. It is said to be an energy doorway, which activates through the Solar Lion into the etheric and the Hall of Records (Akasha) and is said to be associated with the marriage of matter and antimatter, where polarities meet and merge.  Encrypted at sacred sites all over the world, but headquartered at Giza Egypt, these long-established data programmes, communicate with our own inner crystalline codes held in our DNA.  By tuning in and connecting with these codings we may be able to access a portal ancient truths and wisdoms resulting in an accelerated spiritual awakening.

Wednesday 9th August – Thursday 17th August may be able to see some Perseid meteors. The Perseids is one of the best meteor showers to observe, producing up to 60 meteors per hour at their peak. The shower's peak usually occurs on August 10th - 13th (after midnight on these dates so in the early hours of 11th - 14th), but you may be able to see some meteors any time from the first week of August. The radiant point for this shower will be in the constellation Perseus. Look to the northeast after midnight. See diagram under 11th August entry and timeanddate.com website for more.

Friday 11th – Sunday 13th August.  Peak dates for the Perseids Meteor Shower (see entry under 9th August). The radiant point for this shower will be in the constellation Perseus. Look to the northeast after midnight; with the recent Full Moon on Monday 7th August, viewing could be limited. See diagram below and timeanddate.com website for more.

Saturday 12th August is the Day of the Light of Aset (Isis). On this day Aset (Isis) is celebrated with all forms of light including sun worship, during the day and candles at night.  Interesting that it is very close to the date of the Roman Festival of Diana (varies 11th-13th August though mostly shown as the 13th), which no doubt was a development from the Egyptian Festival. Image by Jacqui Taliesin El Masri (Alkhemi.co.uk) also available as a laminated poster from this site - see Harmony Shop.

Sunday 13th August, in Roman tradition, was the Festival of Diana, being the date upon which King Servius Tullius dedicated her shrine on the Aventine Hill in Rome in the mid-sixth century BCE.  Diana was the hunting goddess, associated with wild animals and woodlands. She later became a moon goddess, supplanting Luna; and the moon was an emblem of chastity. Oak groves were especially sacred to her. She was praised in poetry for her strength, athletic grace, purity, distinct beauty, and hunting skill.  Despite her virginal status, Diana was also a Goddess of Fertility.

Thursday 17th August is the Harmony Healing Violet Flame of Amenti One Day Course.  Cost is £88 or £44 for Reyad Sekh Em Graduates at any level.

Friday 18th August is the Egyptian Feast of Wagy.  Taking place seventeen days after the Egyptian celebrations of New Year's Day, there was the more sombre feast of Wagy, when families paid respect to their ancestors. They came to the tombs of the deceased, with offerings, performing rituals, specifically "fumigations" - producing fumes - smoke. The ceremonies were often followed by a funerary meal.

Friday 18th August is Paryushana Parva the Jain celebration of Human transcendence into spirituality and morality. It is an eight day event celebrated with sacred readings and exchanges of cards among loved ones. Dates may vary. This popular Jain festiva is organised every year in the auspicious month ‘Bhadrapad’ (Mid-August to Mid-September) of the Hindu calendar extends from the fifth day to fourteenth day of the bright fortnight. The festival ordains the Jains to observe the ten universal supreme virtues in daily practical life: -

See Oshwals Association of the UK for more details.

An MP3 Meditation to visit the Akashic Records with Tehuti is available from the CDs and Meditations section of the Harmony Shop. This is a meditation to visit your personal Akashic record (which the Egyptians believed were housed in the Halls of Amenti) to see if hidden blockages to your spiritual growth and wellbeing may be revealed at this time. The totality of the Akashic records are said to contain and describe all knowledge of human experience as well as the history of the cosmos; so they could be described as the DNA of the Universe. This meditation was devised for 19th August or 19th September (both being Festivals of Tehuti) would add emphasis, but can be used anytime.

Monday 21st August is the Roman Festival of Consualia, to honour Consus, the god of counsel, and the one who protects the harvest, which was in storage at the time of the festival.  Mars, as a protector of the harvest, was also honoured on this day, as were the Lares, the household Gods that individual families held sacred.  During the celebration horses, mules, and assess were exempted from all labour, and were led through the streets adorned with garlands and flowers. Chariot races were held this day in the Circus Maximus, which included an odd race in which chariots were pulled by mules.

Monday 21st  August is also the Pagan Dark Moon at 19.30 and a total lunar eclipse across the USA.  It will be partially visible across a wider area including western Europe.

The New Moon Abundance Ritual should be carried out within 24 hours after the New Moon.

Monday 28th August is the Summer Bank Holiday in the UK. 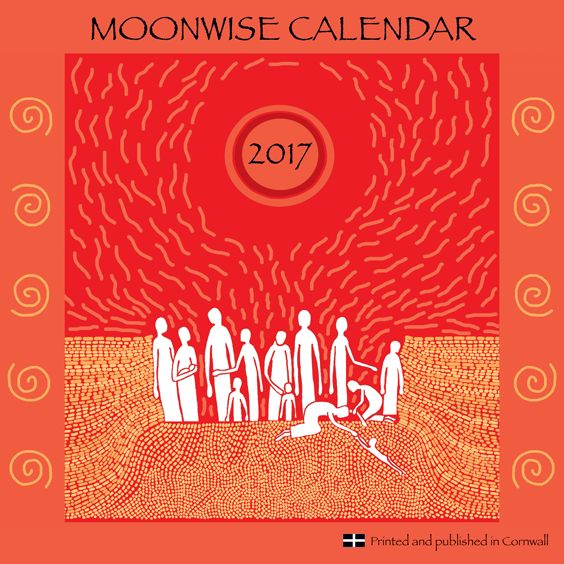 Celestial Forecast is compiled by Joanna Bristow-Watkins of Harmony Healing, using many sources but notably the Moonwise Calendar. Whilst considerable effort is made to ensure accuracy, this is not an exact science and sources are sometimes contradictory!

Joanna is a Reyad Sekh Em® Egyptian Alchemy Healing Practitioner and Teaching Mentor. She escorts Annual Private Access tours to Stonehenge (and to Avebury on the same day) plus Harmony Journey Sacred Site Tours to Egypt, Ireland and UK from time-to-time.  She also runs the London Angel and Goddess Meet-up.

To receive her regular e-newsletter, place your email in the box at the top of the page.