Significant dates from ancient folklore, lunar and meteorological activites this month in green
Selected Events (Harmony Healing and other events as notified) in black

Timings given are UK time (GMT+1), click here to convert to your time zone

Friday 5th June is World Environment day, which has been celebrated annually since 1972. Over the years, the day has focused on such issues as acid rain, oceans, water, and green cities.

Friday 5th June this year is also Full Moon @ 20.12 and Penumbral Lunar Eclipse, which will be visible in London.  See  timeanddate.com for details.

Between Full Moon and the next New Moon is considered as a good time energetically for detoxing the body.

Tuesday 16th June is the Egyptian night, known as Leyleten-Nuktah, the Night of the Tear Drop. A miraculous tear-drop as Aset (Isis) began the mourning of her brother/husband Asar (Osirus), was believed to fall into the Nile causing it to rise and bring new life to the land. Sources vary as to whether this is 14th/16th/17th or 18th June; the date is actually the 11th day of the Ancient Egyptian month of Ba-oo-neh, so the confusion arises when trying to covert this to our Gregorian calendar.

Saturday 20th June at 22.44 is the Pagan Celebration of the Solstice, the moment when the sun enters Cancer.  In the Northern Hemisphere, this is viewed as the triumph of light, the ecstatic culmination of the sun, yet the start of growing darkness.  Old traditions included: Making a bonfire on a hilltop, sing, drink, laugh and time of merry-making.  Processions with torches and lanterns, rolling wheel down hill to mark the start of the sun’s descent, blessing cakes and wine, waiting for the dawn and greeting the sun when it rises, sleeping by a spring, rolling naked in the dew of the summer sunrise!

Saturday 20th June is also the Egyptian Festival of the Burning of the Lamps which was held at Sais (source Bibliotheca Alexandrina, p31, also available via Academia.edu, date from Moonwise Calendar). This is the third great festival in Sais to Aset (Isis). In an under-chapel beneath the temple, lamps were carried in procession around the coffin of Asar (Osiris). It was by the power of light, symbolising the life-giving power of the Moon, that Aset rekindled life in her dead husband. The exact date is actually the 13th day of the Ancient Egyptian month of Epeiph, so confusion arises when trying to covert this to our Gregorian calendar and some sources give variations especially 21st June. 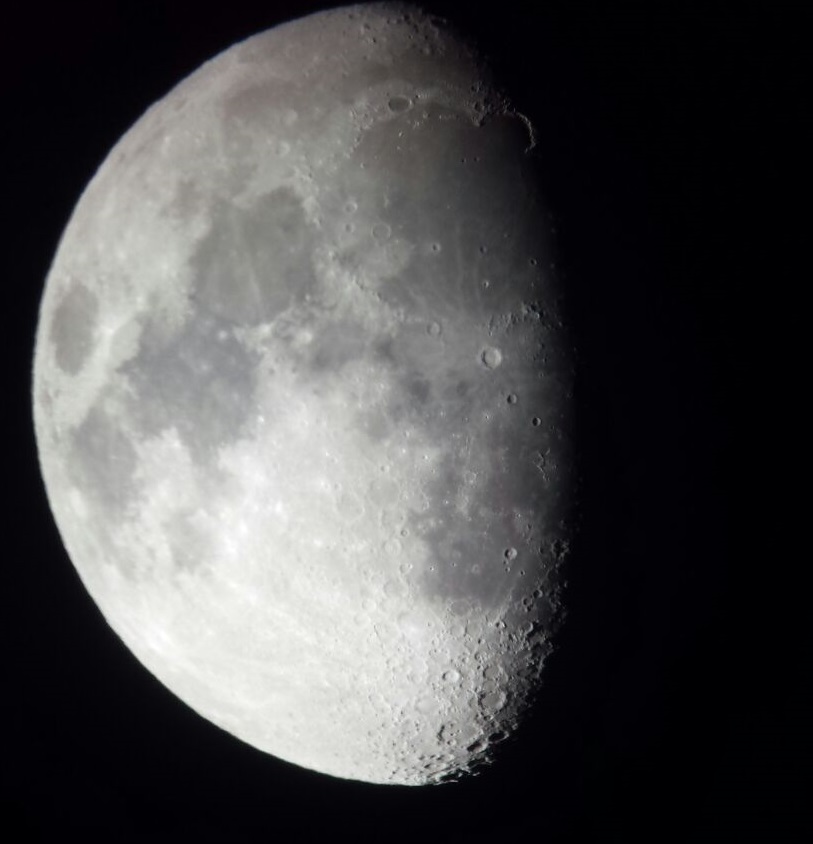 There are video instructions on my Facebook Page or You Tube Page.

Sunday 23rd June is predicted as the peak of the Bootids Meteor Shower; if they are visble at all this year.  Although they are not active every year, they can occur any time beiween Friday 21st June and Tuesday 2nd July. In 2019, with the Full Moon occurring on June 17th and Last Quarter on June 25th, the peak dates will span the time with heavy moonlight. From more northerly latitudes (including UK), however, the all-night twilight poses a greater problem for observers. More at theastronomer.org, including a map of the radiant point.

Sunday 23rd June is the Chinese Dragon Boat Festival in Milton Keynes. The Festival is to commemorate the Chinese patriot, Qu Yuan, who killed himself by jumping into the river Li in despair. He was desperate because his master refused to take his advice and hge feared his country falling into the enemy's hands  It is on the fifth day of the fifth month of the Chinese calendar, Thursday 25th June (2020 Celebrations in China take place then), but celebrations often take place on convenient weekends in the Western calendar.

Wednesday 24th June is also Midsummers Eve and was considered magical in Cornwall and Ireland, when there was feasting, fires, songs, and dances. Bonfires were kindled on high hills to commemorate the high point of the year. Traditionally, the veil is thin between the dimensions housing the living and the dead at this time. This is also the Roman Festival of Fors Fortuna.  Forsis an ancient Roman Goddess of prosperity, good luck, and divine blessings. Her name means "She Who Brings", from the Latin verb fero, synonymous with abundance and success.  This seems to have merged with Fortuna, probably originally a Goddess of fertility, into the Goddess called Fors Fortuna, who was acknowledged as sometimes being fickle or wanton and representing Fortune as Goddess of luck or chance.  She was especially worshipped by slaves and commoners, as the Goddess who could bring about rags-to-riches transformations; with at least two dedicated temples in Rome being founded by former slaves in gratitude for their changed luck.

Thursday 25th June is the Chinese Dragon Boat Festival, also known as Duanwu Festival in Mandarin and Tuen Ng Festival in Cantonese. The Festival is to commemorate the Chinese patriot, Qu Yuan, who killed himself by jumping into the river Li in despair. He was desperate because his master refused to take his advice and he feared his country falling into the enemy's hands  It is on the fifth day of the fifth month of the Chinese calendar, which falls this year on Thursday 25th June.  However, celebrations often take place on convenient weekends in the Western calendar - such as the London Hong Kong Dragon Boat Festival which takes place this year in late June.

Saturday 27th & Sunday 28th June is the WWoW (Wonderful World of Wellbeing) Festival at the Stoop in Twickenham, TW2 7SX. The theme this year is Wellbeing is the New Currency. Joanna has a Harmony Healing Stand at the Festival representing The importance of Connection with Nature from the Khemitians (Ancient Egyptians) through to modern day Forest Bathing+. Joanna's sister Fiona has a stand also. Information also at the WWoW Facebook Page.

Sunday 30th June (2020 date??) is London Hong Kong Dragon Boat Festival. The Festival is to commemorate the Chinese patriot, Qu Yuan, who killed himself by jumping into the river Li in despair. He was desperate because his master refused to take his advice and he feared his country falling into the enemy's hands  It is on the fifth day of the fifth month of the Chinese calendar, which falls this year on Thursday 25th June (2020 Celebrations in China take place then), but celebrations often take place on convenient weekends in the Western calendar.

Tuesday 30th June is also Asteroid Day. Asteroid Day was co-founded in 2014, by Dr. Brian May, astrophysicist and lead guitarist of QUEEN, together with Rusty Schweickart, Apollo 9 Astronaut, Danica Remy, President of B612 Foundation and filmmaker Grig Richters. Asteroid Day events take place annually on 30th June to mark the anniversary of the Tunguska impact in 1908. Its purpose is to expand the understanding of asteroids and to ensure that any asteroids which might ever have a direct impact on our planet are carefully monitored. 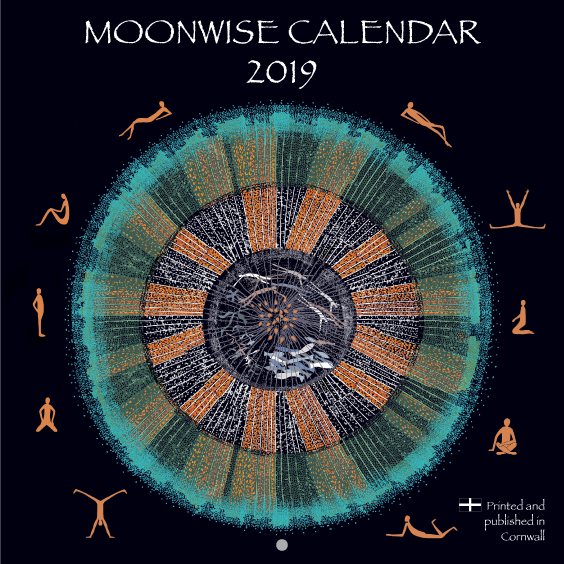 Celestial Forecast is compiled by Joanna Bristow-Watkins of Harmony Healing, using many sources but notably the Moonwise Calendar and Lia Leendertz's 2020 Almanac. Whilst considerable effort is made to ensure accuracy, this is not an exact science and sources are sometimes contradictory! These monthly Celestial Forecasts (CF) are generally uploaded to the Harmony Healing website 2-3 months ahead and can be accessed via the drop down box on the right. They are sent out to the main mailing list and CF subscribers 1-2 weeks before the month starts. If you would rather ONLY receive the monthly Celestial Forecast, select the appropriate subscription or ask me to arrange this. I may send out occasional newsletters in the future but this would opt you out of the smart Blog which emails regular notifcations as events occur.

Joanna is a Reyad Sekh Em® Egyptian Alchemy Healer and Teaching Mentor. She escorts occasional Private Access tours to Stonehenge (and to Avebury on the same day) plus occasional Harmony Journey Sacred Site Tours to Egypt, Ireland and UK from time-to-time.  She also runs various Meet-up groups in London and Surrey and the London & Surrey Alchemists Facebook Group.

To receive regular Blog updates (always headed with a title detailing the occasion or event so that you can choose whether to open it or not), featuring New and Full Moon, meteor showers, eclipses and other meteorological events, interesting anniversaries, ancient festival dates plus notification of dates of numerological significance, sign up for the Harmony Healing e-newsletters above or at the top of any page of this Harmony Healing website.  The nature of the Blog means that whenever there are several key dates in close succession, there will be frequent mailings.

To receive email notification whenever a new Blog is posted (this will be titled with the theme so you can choose whether to open it or not), place your full name and email in the box at the top of the page.